Coming back into full time school following a world pandemic and two significant lockdowns, we wanted to relaunch our school community, providing new opportunities to work together in social action, in competition, in learning and in prayer. We also wanted to ensure that the role models that inspire us all, our House patrons are people to whom we can relate. And so a list of saints from around the world, with their life stories and two clear virtues by which their lives were marked, were presented to students and staff. Time was spent reviewing their lives culminating in a poll in which the whole school community voted, to determine our new House patrons. 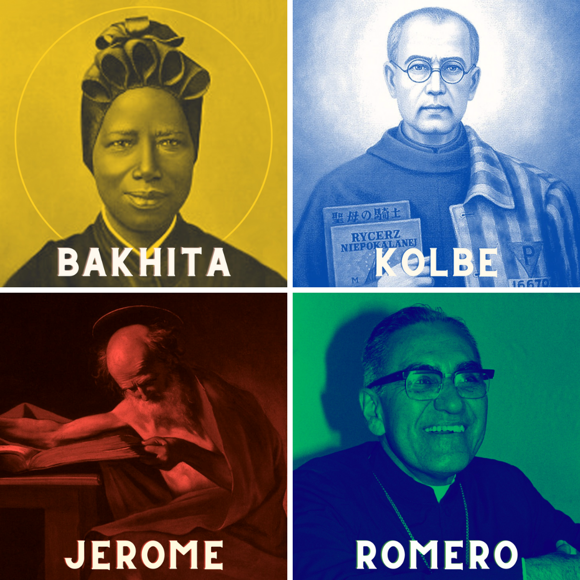 To launch the new House System at the beginning of the year, each student was presented with a badge identifying the House to which they belong. This was followed by the celebration of a whole school Mass, to which all pupils wore the colour of their house, followed by a whole school sponsored walk. So far we have celebrated the feast days of two of our saints - Jerome and Kolbe - with Mass at Watersmeet theatre, House charity events have been organised by Years 12 and 13 and reward points (often known as green cards) are fed into the House Points competition. There are many more events which are being organised across the academic year, details of which will be announced in due course.

Learn more about our house saints: 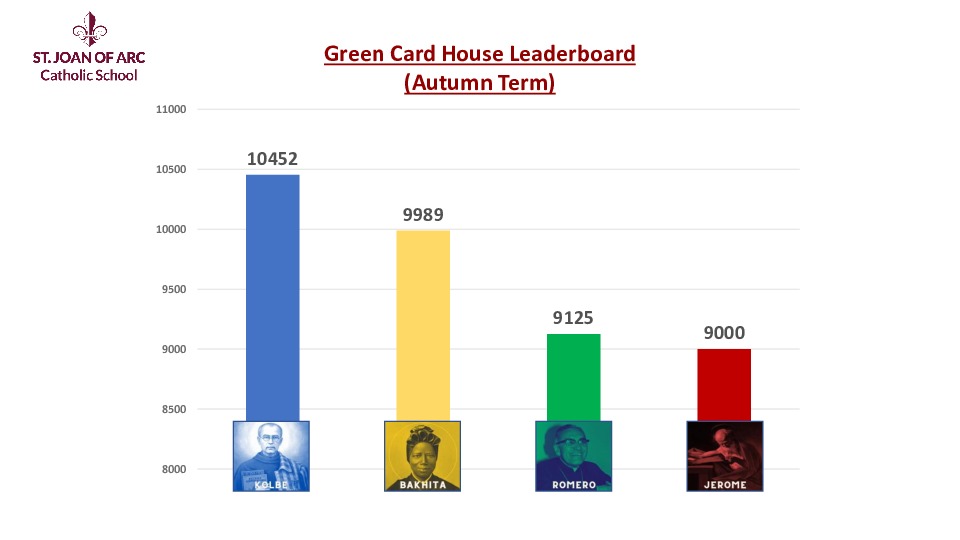